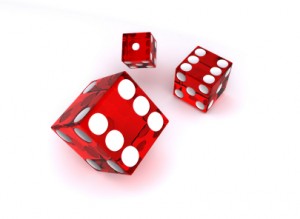 As geek becomes more and more chic with each passing year, innovations in numerous engineering fields have become more and more impressive. Last year was no exception. Inventions are changing our daily lives, and these engineering accomplishments will blow your mind. So without further ado, the six coolest engineering feats of 2010:

Remember back in the 1950s and ’60s when our future had flying cars? Didn't you feel a little bummed out when we entered the 21st century without sky cars? Well, guess what: One exists now. The Terrafugia Transition is built to be a drivable car, but take it on over to your nearest airport and the wings on either side of the doors expand, allowing it to fly like an eagle. Maybe not to the sea, but the plane can take two passengers up to 500 miles on one tank of gas. The road MPG isn't too shabby at 35 miles to the gallon.

The team at Berkeley Bionics has done something that will cause a group of people to give them a standing ovation. In fact, because of the new eLegs exoskeleton, many paraplegics will be standing and walking for the first time in years. This unbelievable piece of machinery allows the user to slowly stand up and walk using a combination of robotic leg attachments and a set of crutches that communicates movement to the legs based on the arm movements of the user. The device is still somewhat bulky and takes some time to get accustomed to its movements, so it is only being used in rehabilitation centers so far. The rollout to the public is expected in 2013.

With China's automotive boom, there are more cars on the road than ever, creating congestion headaches for nearly everyone. Engineers spent time thinking about a viable solution that wouldn't put more buses (and more traffic) on the road and would less to design and build than a train system. The geniuses at Shenzhen Huashi Future Parking Equipment came up with the Straddling Bus. Instead of taking up more space on the highway, the bus straddles two lanes of traffic, with the passenger area located seven feet above the ground. The bus can hold up to 1,200 people and will not hold up traffic because cars drive right under it. As a green bonus, large solar panels on the roof power the bus.

We're all familiar with wind power and solar power, and even water power, but with Minesto's Deep Green underwater kite, the concept of harnessing wind power has been applied to harnessing the power of tidal stream flows. That’s why it’s called a kite even though it's submerged. In fact, this type of kite can create an estimated 800 times the amount of energy produced by a wind kite.

If someone told you there was a printer that could actually make body parts, you would tell them to go back to the set of the sci-fi movie they just left, right? Well, they’re actually not off their rocker. Two San Diego companies, Invetech and Organovo, have collaborated to engineer a 3-D Bioprinter. The printer has two arms, one that sprays a gel to create the structure for the intended organ, and another that fills the construct with living cells. Because the cells are harvested straight from the patient, the risk of organ rejection is extremely low. Just think, you can CTRL+P yourself a new kidney in the future!

OK, so no one really likes mosquitoes of any kind, plus they carry a dangerous disease in many parts of the world. Malaria-ridden mosquitoes spread the disease from host to host as they bite their unsuspecting victims. However, a team of scientists at the University of Arizona genetically engineered a new species of mosquito that is immune to the malaria-causing parasite. Does this mean fewer bug bites? No. Fewer cases of malaria? Absolutely.