Crazy Engineering: Who Thought of This? 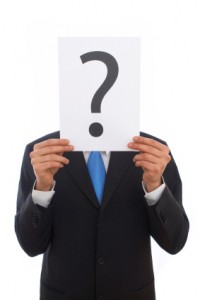 Whether it’s a building, a concept or a machine, we’ve all taken a look at a crazy engineering project and thought to ourselves, “Someone actually did this. I mean, they really thought of it and then went out and paid money to make it happen.” Mind-blowing engineering is important in these fields since they sometimes are thought of as stale or straightforward math and physics. It’s important to realize just how much creativity goes into the various fields of engineering. Here are a few examples of crazy engineering.

This is a prosthetic arm manufactured by the Defense Advanced Research Projects Agency (DARPA) that works via a microchip implanted in the brain. The chip picks up the signals that would be sent to the arm if it were still intact. It then translates the signals into a language that the prosthetic arm can understand, so that it moves similarly to how a real arm would move. It’s probably how Luke Skywalker’s robotic hand worked, and this groundbreaking technology is being attempted by companies all over the globe.

It sounds like the tag line to a campy 60s era sci fi flick, right? Wrong! This is actually one of many solutions that engineers are proposing to help slow climate change on earth. Other ideas include cloudseeding and pumping sulfur dioxide into the stratosphere. None of these techniques are actually being employed (with the exception of cloud seeding), and critics view them as merely a stop gap or a temporary fix to the Earth’s climate problems, but the proposals are certainly radical.

Imagine being able to take a nap while behind the wheel of your car. Thanks to new automotive engineering, this is becoming a reality. Roadtrains, also known as “platooning” are becoming the hottest thing in the automotive world. This system links numerous cars together on long stretches of highway with one highly skilled lead driver so that the drivers in the cars behind the lead need only to make sure that their car stays running. The system, being tested in Sweden, is designed to reduce speeding on the highways, conserve fuel and cut congestion during rush hour. Volvo is participating in the study and tests showed that cars could enter the train and exit safely, due to new technology in the cars.