Burns & McDonnell Among Those Selected For Northwest Transmission Line Project 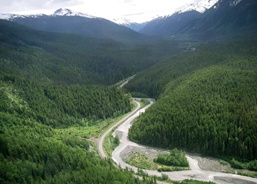 Photo via BC Hydro

We’re excited to join Valard Construction to provide design, materials procurement and overall construction of the transmission line, a vital piece of infrastructure that, when complete, will “provide clean, reliable power to the Northwest region of British Columbia, which is currently not part of the BC Hydro grid,” according to BC Hydro.

The Northwest Transmission Line is part of BC Hydro’s regeneration strategy, which is renewing and expanding the province’s electricity system. BC Hydro is in the process of improving and replacing infrastructure that was originally built between 1950 and 1980. According to the company, improvements “range from upgrading dams and generating stations to building entirely new transmission lines linking existing and new substations.”

“On behalf of the 3,000 employee owners of Burns & McDonnell, I want to say that we are extremely proud to have been selected for a project that will improve power reliability and open up economic opportunities for towns and residents of northern BC,” says Walt Womack, president of the Transmission & Distribution Group at Burns & McDonnell. “We are ready to put our experience and dedication to work for the British Columbians who are watching this project closely.”

Construction of the Northwest Transmission Line is expected to begin shortly. The line is scheduled to be in service in December 2013. Throughout the construction process, the project is expected to create up to 840 jobs. It also has the potential “to attract $15 billion in new investment and create more than 10,000 jobs over the next few decades,” according to BC Hydro.