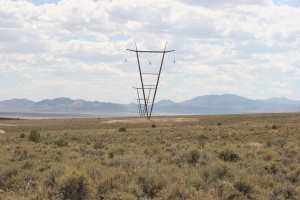 Sustainability is unquestionably one of the buzzwords of 2011. Yet to many utility companies, including Las Vegas-based NV Energy, identifying and implementing sustainable business practices is far from new.

After all, sustainability isn’t just a critical component when it comes to preserving the long-term health and viability of our environment. It can mean better and more successful business practices, too, as illustrated in a recent Western Energy article written by NV Energy’s Faye I. Anderson. Consider the company’s definition of sustainability, which reaches beyond its typical connotations.

For example, NV Energy has provided electricity to Nevada for more than 100 years. The desert environment has little water to spare for power generation, so the company’s facilities have always been built to minimize water usage as a nod to the surrounding environment. Water reuse has always been a high priority, too, since it’s such a precious commodity in the utility company’s service area.

As Anderson writes, NV Energy’s long-running history of expertise in regard to water conservation has helped the utility company emerge as an expert in the field. Utility companies around the country are reaching out to NV Energy for assistance with their own projects as water usage requirements tighten.

One of the inspiring elements of NV Energy’s ongoing commitment to sustainability is that it’s demonstrated in ways both big and small. You could look at any number of projects and case studies to find different applications of sustainability. Yet NV Energy employees are also invested in the effort, and have found smaller ways in which to incorporate resourceful practices in the daily work environment.

“Employees of a southern Nevada generating station hatched a comingled recycling project that saw recycling efforts jump from zero to 80 percent at the plant,” Anderson writes. “The popular program spread to other generating stations and to the corporate headquarters in Las Vegas, which increased its recycling efforts from 5 to 50 percent. The result was a 45 percent cost savings by reducing waste collection pick-ups.”

And that’s the beauty of sustainability. It’s a versatile concept that can be applied in a number of ways, involving not just projects and work processes but also employees, customers and shareholders in order to recognize benefits that range from environmental health and community well-being to enhanced economic and business opportunities.

There’s no doubt that challenges lie ahead, and not just for the utility industry. But by following the innovation and foresight demonstrated by companies like NV Energy, stakeholders and interested parties can turn these difficulties into achievements that result in any number of benefits, not to mention pave the way for the infrastructure of the future.