Now Open: Science on a Sphere at Science City 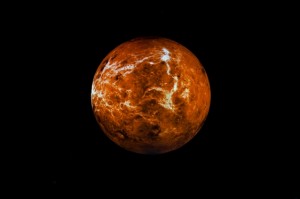 Science on a Sphere, the newest and much-anticipated exhibit at Science City at Union Station is now open for business. Union Station President George Guastello unveiled the new exhibit on March 12 during a small ribbon-cutting ceremony.

Fourth-grade students from Académie Lafayette were the guests of honor at the grand opening and were among the first to see the new exhibit in action. Jeff Rosenblatt, acting director for Science City, told the students about the many cool features of the exhibit, including how it illustrates Earth system science and complex environmental processes such as atmospheric storms, climate change and the temperature of the ocean. It’s a fun learning tool that gives visitors a whole new perspective on various scientific processes, not to mention providing a view of concepts they wouldn’t normally be able to see. One of the coolest things? Via satellite imagery, guests can see all the way to the bottom of the ocean where the Titanic currently sits.

The Burns & McDonnell Foundation donated $1.2 million to Science City to help transform it into one of the nation’s leading science centers. Science on a Sphere is the first in a series of transformations set to take place over the next 12 months and is the largest investment in Science City’s history. Over the next three to five years, there will be even more significant changes. 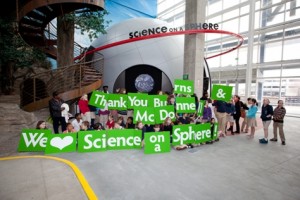 Fourth-grade students from Académie Lafayette show their gratitude for the new exhibit.

“We want to be a catalyst in giving Kansas City a great science education center, and we’re off to a great start with the opening of the new Science on a Sphere exhibit,” said Burns & McDonnell CEO Greg Graves. “By making investments to build a world-class science center, we’re making a statement that we believe nothing is more important than educating our kids and grandkids.”

So what’s next for Science City? Several new exhibits, including Battle of the Brains winner Unplugged, designed by students at Olathe North High School, as well as eight weeks of summer camps with a different science-related theme each week.

“Science on a Sphere represents the first of several new exciting exhibits that are coming this year,” Guastello said. “This is the first step in a multiyear evolution of Science City to create engaging exhibits and many hands-on learning experiences. As people visit Science City over the coming months and years, they will continue to see new exhibits and programs being added.”

We’re thrilled to be a part of these exciting changes at Science City, but even more eager to see science engage and energize our community. Have you had a chance to explore Science on a Sphere yet? What did you think? What other exhibits are you most looking forward to?