It was a huge honor for the entire Burns & McDonnell team to be recognized recently by the Missouri Chapter of American Council of Engineering Companies (ACEC) for engineering excellence. It was even more exciting to be recognized not once, but twice.

Two Burns & McDonnell projects earned the Grand Conceptor award widely known in the industry as a symbol of engineering excellence and the organization’s highest recognition.

The annual ACEC awards competition recognizes engineering firms for projects that demonstrate a high degree of innovation, achievement and value based on design excellence, client satisfaction, and how the project benefits both public welfare and the engineering industry. It’s rare for there to be two Grand Conceptors awarded in the same year, and it’s even more rare for the same firm to win two Grand Conceptor awards in one year. In fact, this is the first time the Missouri Chapter of ACEC has awarded a dual Grand Conceptor prize in the program’s history. 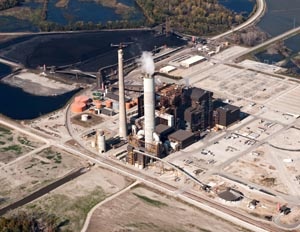 The award-winning projects? KCP&L’s Iatan 2 power station, which is recognized throughout the power industry as one of the cleanest and most efficient supercritical coal-fired power plants in North America, and a cellulosic ethanol demonstration project constructed for ZeaChem Inc., in Boardman, Ore., that uses a patented process to produce advanced biofuels from a variety of non-food cellulosic feedstocks. 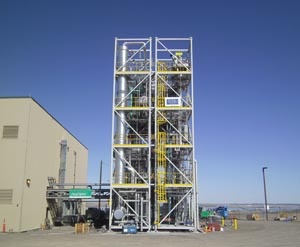 “Of course, we always take more pride in satisfying clients than in winning awards,” said our CEO Greg Graves, when talking about the awards. “But we certainly are extremely proud of these awards, mostly because they help shine the light on two excellent projects and because the recognition comes in our home state."

Harrington & Cortelyou, a subsidiary of Burns & McDonnell, also received an ACEC Honor Award for its Veterans Memorial Bridge over the Missouri River. We’d like to extend our congratulations to all the ACEC-MO Engineering Excellence honorees. You can view a complete list of the winners here. These projects are each remarkable and exemplary examples of quality engineering work.