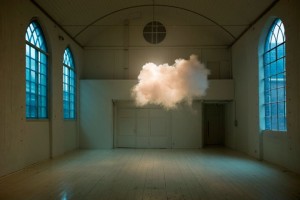 It’s hard to believe that 2012 is slowly drawing to a close. On the bright side? It’s time to take a look back at some of the year’s highlights. For us tech- and gadget-loving engineers, we couldn’t get enough of Time magazine’s Best Inventions of the Year 2012 list.

We picked 6 of our favorite inventions from the list to share with you. Let’s dive in and see what’s changing the world!

Self-inflating tires. We couldn’t help but cheer when these were created — it’s about time, right? These Goodyear tires are self-inflated by an internal pressure regulator that automatically activates when the tire pressure is low. The regulator lets air flow into a pumping tube. As the wheel spins, the flattened part of the tire squeezes air from the tube into the tire by way of an inlet valve. When the air pressure returns to optimal level, the regulator closes — and the driver never knows it happened!

Tesla Model S. In the world of electric vehicles, the Tesla Model S is leading the pack. Described by Time magazine as a four-door sedan that “has the lines of a Jaguar,” this sleek model comes complete with touchscreen controls that handle everything from the built-in GPS to the car’s suspension. One charge gives it enough power to drive for 265 miles. Who’s up for a road trip?

The Curiosity Rover. The Mars landing was arguably one of the most talked about events of the year, and the Curiosity Rover played a huge part in the story. The one-ton Mars car is roughly the size of an SUV and comes equipped with a host of scientific equipment, enabling a wide range of data collection as the rover explores Mars for the next two years.

Indoor clouds. Dutch artist Berndnaut Smilde developed a way to create indoor clouds — pretty amazing, right? The impressive feat requires the perfect balance of temperature, humidity and lighting. Once the room is ready, Smilde uses a fog machine to summon the cloud, which lasts for a few minutes before dissipating.

Google Glass. These days, a tech or invention list isn’t complete without Google. The company made big news earlier this year when they unveiled Google Glass, a computer that’s built into the frame of a pair of glasses. The device purports to make augmented reality a part of our daily lives. The glasses aren’t cheap ($1,500), but the price tag just might be worth it for a look (no pun intended) into the future.

The Deepsea Challenger Submarine. Designed by filmmaker James Cameron, this impressive piece of machinery can withstand 1,000 atmospheres of pressure — think of it as three SUVs sitting on your toe (ouch!). The 24-foot-long Deepsea Challenger reached the oceans’ deepest point (7 miles below the surface) in March and comes equipped with digital 3-D cameras to document its surroundings.

And there you have it — some of our favorite inventions from 2012. Be sure to check out Time magazine’s full list — it’s an impressive roundup that not only makes us excited for what’s been created, but also what’s to come.