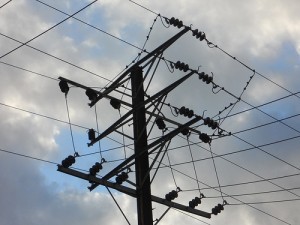 We know long-distance relationships can be challenging. That concept is just as true when neighboring parts of the country try to connect through electric transmission lines.

It has been more than half a year since the Federal Energy Regulatory Commission affirmed its Order 1000, a landmark rule that aimed to increase competition in the electric transmission industry by requiring all transmission providers to participate in regional planning process and coordinate between regions on multiregional projects.

Earlier FERC orders had led to the organizing of regional planning areas, known as independent system operators (ISOs) and regional transmission organizations (RTOs), which created a framework for utilities to provide equal access to the power grid.

Now under Order 1000, large-scale transmission projects are likely to be developed, built and operated differently, especially those spanning multiple regions. Incumbents no longer have the advantage of a federal right of first refusal (ROFR) to build, own and operate these big transmission projects within their service territory. More projects are now likely to be awarded on the basis of a competitive-bid model, under which the best project proposals are put up for bid, giving developers as well as incumbents opportunities in the marketplace.

As a result, some utilities are focusing on protecting their turf, while others are going on the offense and planning to develop projects wherever they can in the newly competitive environment. The end result is an already growing list of joint-venture projects as competition meets collaboration.

You can read copies of many of the regional filings at www.burnsmcd.com/Order1000, where we're keeping up to date with developments. And like Casey Kasem on the “American Top 40,” we look forward to seeing how the electric transmission industry makes out with its long-distance dedications.