How Green Is the Internet? 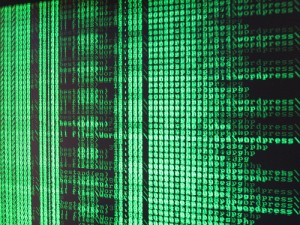 When you think of going green, the first things that probably come to mind include recycling, energy efficiency and conserving water. But what about your Internet use? Many of us frequently use the Internet but probably don’t give a second thought to whether Internet providers maximize their resources or if there’s an unseen environmental cost to our online activity. The million-dollar question is this:  How green is the Internet?

According to a 2012 investigation by The New York Times, it appears that the reality might be at odds with the industry’s image of efficiency and environmental friendliness. Research reveals that most data centers, by design, consume vast amounts of energy in a wasteful manner. Online companies typically run their facilities at maximum capacity around the clock, regardless of the demand and, as a result, data centers can waste 90 percent or more of the electricity they pull off the grid. Consider this perspective from a 2008 McKinsey report: “In many organizations, data centers are treated as buckets waiting to be filled, rather than as scarce and expensive resources.”

And that’s not all. Many data centers rely on banks of generators to guard against power failure. The resultant diesel exhaust emissions mean they’re increasingly being cited by the authorities for violating clean air regulations.

Power management has also been identified as an area that’s ripe for improvement.

“… Current networks, devices, links and data centers are provisioned with hardware and software designed for peak loads that do not include power-management capabilities. As a consequence, the overall power consumption remains more or less constant for differing Internet traffic levels even while peak loads rarely occur.”

The same report also concludes that:

What can be done to combat this rising tide of energy and environmental costs from Internet and telecommunications technology? One possible solution includes the need for improved management and information gathering, as well as the adoption of “true cost of ownership” accounting when centers add new servers, applications or data. Other suggested changes include geographic and temporal shifting of workloads and technical changes, including the development of Smart Grid technologies, which could yield significant efficiency gains.

Of course, raising awareness is also a key step in discovering more energy-efficient solutions for data centers (and Internet users in general). For many individuals and businesses, Internet use has become so ingrained that it’s not given a second thought. Yet by better understanding the energy consumption required by today’s technology, we can collectively seek out opportunities for improvement.

What would you suggest as a possible solution for making the Internet a greener technology?