How to Make Solar Energy Work in a Cold Climate 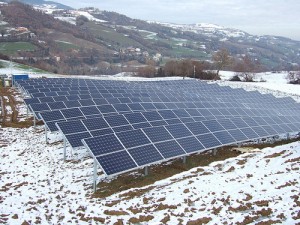 If you were to look at a map of U.S. solar potential, Minnesota might not leap out at you as the best place to install solar panels. Yet, Minnesota Gov. Mark Dayton recently unveiled an economic development bill that includes several powerful incentives for solar development.

The Minnesota legislation is a prime example of a widespread belief that solar is heading toward wider adoption, creating jobs and reducing emissions along the way. And contrary to popular belief, solar panels succeed in areas that aren’t known for being perpetually sunny.

There’s no doubt that one of the main drivers behind solar energy gaining traction in these unexpected areas is the 80% drop in the cost of solar photovoltaic (PV) arrays since 2008. In practice, though, it’s the political will to galvanize around smart, forward-thinking investments that has been more of a factor than the amount of sunshine in a region.

Although Minnesota’s legislation paves the way for some exciting solar opportunities, Michael Noble, executive director of Fresh Energy, notes that the transition will be carefully watched.

“What we are doing here with the value of solar tariff is inventing a new pair of suspenders. But we don’t want to get rid of the old 30-year net-metering belt until we know it works. We have to make sure that consumers can finance projects with the revenue streams from their panels first.”

We’re interested to see how this bill changes the solar market in Minnesota — and whether or not it helps influence other solar legislation throughout the country.

In the meantime, we’d love to hear about the solar market in your area. Is it catching on? Why or why not?