Utilities Infrastructure and the Dangers of Cyber Warfare 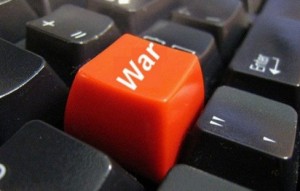 Most of us take it for granted that services such as power, water, oil and gas pipelines, and information and transportation networks will be available when we need them. But what about “cyber warfare”? What might happen if critical components of our utility infrastructure came under attack from hackers using the Internet to wreak havoc? That’s the question many experts are wrestling with and who caution that cybersecurity threats and some very real dangers exist.

This isn’t a new issue.

Hackers and cybersecurity threats have been around since the dawn of the Internet, and cyber-attacks on critical infrastructure facilities have, thankfully, been relatively rare. However, according to the U.S. Government Accountability Office, this new breed of warfare could threaten the nation’s security, cause mass casualties and weaken the economy. As a consequence, governments around the world, including the United States, are now establishing specialized military units in an effort to counter the threat.

Despite this, there are some who believe the United States is seriously under-protected against the threat of cyber warfare. One of the difficulties in dealing with this issue is the fact that a cyber-assault would be relatively easy to launch. A single hacker, without any network or government agency support, could theoretically change a single line of code, which could potentially do great damage. According to The Global State of Information Security® Survey 2014, conducted by PwC, employees (current and former) in the utility sector made up 68% of the individuals most likely to perpetrate a security incident.

A small change has the potential to cause cascading failures throughout our intertwined infrastructure system. Robert Bea, risk assessment expert and professor at the University of California at Berkley, explains: “Should one piece of a system fail, you end up with these cascades, sort of like a game of dominos. It doesn’t take anything horribly catastrophic to initiate an infrastructure disaster. Using cyber-attack methods, individuals with malicious intent could determine the most efficient way to trigger multiple infrastructure failures.”

Bea likened the effect of a cyber-attack to that of a natural disaster. “The best reference for me will be Hurricane Katrina and the flood protection system for the greater New Orleans area ... Katrina caused a cascade of infrastructure failures that affected the city for months, years. Some are still not working properly.”

Where Are We Vulnerable?

We’ve come this far. Now let’s talk about the vulnerabilities in our own infrastructure systems. Here are some that come immediately to mind:

Not everyone ascribes to the theory that cyber warfare is imminent. Some say the authorities are exaggerating the threat to justify increased privacy intrusions. Whatever your view, it likely makes sense to at least consider the possibilities and potential weaknesses and threats posed, and the challenges facing our aging critical infrastructure system.

Where do you stand on this one? Scare tactics by the authorities or a very real threat that system designers, utility companies and governments need to take very seriously? Or is it somewhere in between?

Jerome Farquharson oversees the compliance and critical infrastructure department in Burns & McDonnell’s St. Louis office. He regularly performs cyber and physical risk assessments for utilities and has extensive knowledge of current government regulations, including NERC Reliability and CIP standards. You can learn more about Jerome’s experience and connect with him on LinkedIn.

by Jerome Farquharson
Jerome Farquharson is managing director of the governance, risk, cybersecurity and compliance group at Burns & McDonnell. With a multidisciplined 25-year background in physical and cybersecurity, information systems and business advisory consulting, Jerome has worked on projects ranging from compliance, network design and implementation to risk assessment, program management and strategic planning.