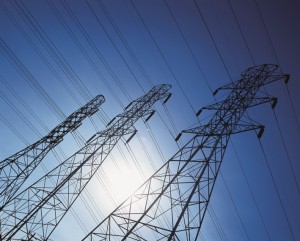 Recent leaks about the Federal Energy Regulatory Commission (FERC) exposed potential vulnerabilities of the U.S. electric grid. These releases of sensitive internal information are now on tap for examination by the Department of Energy’s Inspector General. According to a previously unreported federal analysis, there is reason to believe the U.S. could suffer a coast-to-coast blackout if saboteurs interfered with only nine of the country's 55,000 electric transmission substations. After reports appeared in The Wall Street Journal, U.S. Sens. Mary Landrieu (D-La.) and Lisa Murkowski (R-Alaska) called upon the Department of Energy to investigate the information leaks, which are thought to threaten grid security.

A Call for Investigation

In a letter addressed to DOE Inspector General Gregory Freidman, the senators wrote: ”In the wrong hands, such documents potentially could provide a roadmap for those who would seek to harm the nation by intentionally causing one or more power blackouts.” These threats come at a time when the evolving protection standards for the national grid are a big focus of the North American Electric Reliability Corp. (NERC), which regulates the interstate transmission of electricity. Although thousands of electric substations function across the U.S, a select few play a significant role in transmitting power across large regions.

A Survey of Potential Threats

As the Journal reported, FERC recently conducted a study into potential threats to the grid, the results of which have been known for months by federal agencies, Congress and the White House. The newspaper also reported that, at the time of the study, the then-chairman of FERC, Jon Wellinghoff, expressed concerns about a shooting attack on a California substation in April 2013, which he believed could be the beginning of more assaults on the electric power grid.

A Study into the Grid’s Stress Performance

U.S. substations use large power transformers to increase the voltage of electricity so it can travel long distances, then reduce the voltage as the electricity gets closer to homes and businesses. Last year, FERC used simulation software to study how the national grid would perform under the stress of losing important substations. The results showed that different combinations of outages at as few as nine substations produced results that were deemed critical to the reliability of the Bulk Electric System.

Electric substations are designed to be resilient and, according to David Ortiz, a DOE deputy assistant secretary who was briefed on the FERC study, it would be difficult for attackers to disable many locations. The agency's findings however, did have value ”as a way of starting a conversation on physical security.”

FERC has given the industry until early June to produce new security standards for critical facilities like substations. On March 7, 2014, FERC issued an order (FERC Docket RD14-6-000) directing NERC to file one or more Reliability Standards addressing physical security of certain critical facilities by June 5, 2014. The NERC Board of Trustees has created the NERC Reliability standard for Physical Security Measures CIP-014, and it is awaiting FERC approval.

As I’ve written about before, U.S. infrastructure is seriously under-protected against the threat of cyber warfare. One of the greatest difficulties in handling this issue is the fact that a cyberassault wouldn’t be difficult to launch. A single hacker, without any network or government agency support, in theory, could change a single line of code and potentially do great damage. According to The Global State of Information Security® Survey 2014, conducted by PwC, employees (current and former) of the utility sector made up 68% of the individuals most likely to perpetrate a security incident.

I’m a firm believer that there’s no perfect solution for eliminating such threats, which is why our Compliance & Critical Infrastructure Protection practice recommends a "Defense in Depth" strategy based on multiple levels of protection. What are your thoughts on these information leaks? Is our grid secure enough to withstand threats from saboteurs? What steps do you think FERC should take to improve security at our substations? I’d be interested to hear your thoughts on these important developments.

Jerome Farquharson oversees the compliance and critical infrastructure department in Burns & McDonnell’s St. Louis office. He regularly performs cyber and physical risk assessments for utilities and has extensive knowledge of government regulations, including NERC Reliability and CIP standards. You can learn more about Jerome’s experience and connect with him on LinkedIn.

by Jerome Farquharson
Jerome Farquharson is senior managing director of governance, risk and compliance at 1898 & Co., part of Burns & McDonnell. He is an innovative technology executive and consultant with an entrepreneurial approach and a multidisciplinary background encompassing highly complex areas such as cybersecurity, physical security, infrastructure protection, regulatory compliance, strategic business advising and information systems management.