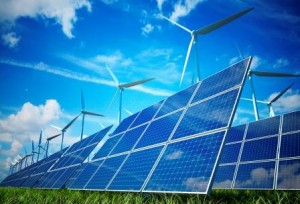 Electric utilities must face potential market changers. No matter our point of view on the Environmental Protection Agency (EPA) Clean Power Plan, there is no doubt the current political administration, energy markets and financial community like energy sources with lower carbon emissions and particularly those sources that don’t require intensive capital expenditures.

The mandate to show substantial progress in reducing carbon emissions by 2020 — outlined in the EPA’s Clean Power Plan — is causing great alarm in the industry. No matter how much flexibility utilities are given in the final rule and how extensively the rule is litigated — a near certainty — the mandate will cause major changes in a utility’s plan to meet service obligations.

Room for Flexibility with EPA Mandates

Our April 21 environmental keynote session at the Electric Power Conference and Exhibition resulted in agreement that utilities will face carbon reduction targets but also likely will have some flexibility in negotiating a reasonable path forward. I joined a discussion panel of Aditya Jayam Prabhakar of MISO, Steve Corneli of NRG and our moderator, Tony Licata of Licata Energy & Environmental Associates.

We agreed that the process may be predictable, but the role of new technologies and the impact of competitive forces and distributed generation are far less certain. As my colleagues on the panel noted, developing technologies ranging from battery storage to post-combustion carbon capture and storage (CCS) may provide interesting solutions that could change current projections dramatically.

Impact of Wind and Solar Capacity

With more wind and solar capacity coming online every year, concerns over grid instability have increased demand for energy storage solutions such as battery storage and backup gas-fired generation capacity. Wind and solar costs have declined by approximately 45 percent over the past several years and now provide a greater (though still small) percentage of our nation’s generating capacity.

Though we are seeing shifts in fuel sources, newer and potentially less costly technologies remain the wild card. A breakthrough in CCS technologies could keep coal-fired generation in the mix long after many analysts predicted its demise. NRG is testing a system that promises to deliver an economical means of post-combustion carbon capture. If large-scale economic uses for carbon dioxide (CO2) are developed, it will be a game changer for the industry and might not require the dramatic shift to natural gas and renewables some say is necessary to meet CO2 reduction goals.

The panel agreed power consumers are becoming more independent and interested in detaching themselves from the grid. As this movement gains momentum, the central station power supply model could be stressed. Supply side solutions will have to meet reliability needs more efficiently and economically than distributed generation.

Though it’s difficult to envision a day when the public will tolerate a less-reliable grid, the demand for more flexibility in choosing generating resources is likely to grow. Quite likely, the demand will be dependent on how expensive central station power generation becomes as facilities are built or equipment is installed to meet the new environmental rules.

As I noted on the panel, it’s highly unlikely that 95 percent of the public actually supports the Clean Power Plan; it was clear that most correspondence received during the EPA’s public comment period came via robo-signed letters. Still, as an industry, we should believe the credibility of various surveys showing a majority of the public now supports action to reduce CO2 emissions.

The utility industry has long delivered on its mandate to provide affordable and reliable energy and that fact, in truth, is taken for granted by the American consumer. As electric utilities face their most critical challenges in many decades, they will certainly remain relevant but must become more nimble and flexible than ever.

What are your thoughts on the Clean Power Plan? If you work for a utility, how are you responding to evolving environmental regulations? Share your ideas in the comments.