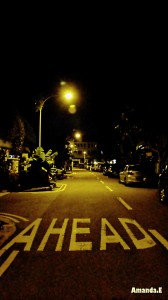 Every year, the Energy Information Administration (EIA) publishes an Annual Energy Outlook with long-term projections about the U.S. energy market. The following are a few highlights of the early release of the 2013 reference case projections (AEO2013). These projections were made under the premise that current rules and regulations remain generally unchanged throughout the projection period, which runs through 2040. The projections contained herein are made by the EIA and should not be considered as Burns & McDonnell’s projections.

Production: Production of natural gas — primarily shale gas — is projected to continue to increase due to several factors. Improved drilling efficiencies and sustained low prices spur increased demand in the industrial, electric power and transportation sectors, as well as an increased demand for exports. The U.S. is predicted to become a net exporter of liquefied natural gas starting in 2016 (the same as in the AEO2012), a net exporter of pipeline natural gas starting in 2021 (three years earlier than in the AEO2012), and an overall net exporter of natural gas by 2020 (two years earlier than in the AEO2012).  Production is projected to continue despite low prices, since high crude oil prices will continue to improve the economics of plays with high liquids content. See below for a visual depiction of the AEO2013 projections for natural gas production through 2040. 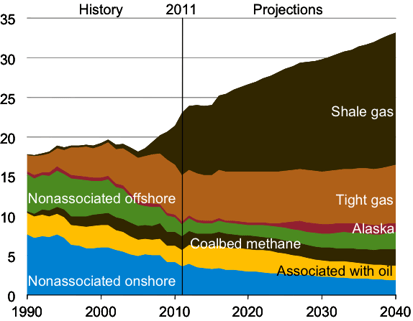 Prices: With this shale gas production outlook, nominal natural gas prices are projected to remain in the sub $4 per million Btu range through 2017 and then slowly increase through 2040. Nominal prices increase at an average annual rate of approximately 5.2 percent from 2018 through 2040. Figure 2 shows the AEO2013 projections for the spot price of natural gas at Henry Hub through 2040.

Risks: Hydraulic fracturing is a relatively new extraction technique and the environmental and public health side effects are still being studied. Increased regulations or drilling moratoriums could dampen the production outlook or increase natural gas prices in the long term. Pipeline infrastructure and availability will likely also add to the cost pressure that end-users will face.

Production: Domestic coal production is projected to increase at an average annual rate of 0.2 percent per year. Due to low natural gas prices and anticipated retirement of coal-fired generating capacity, however, production will decrease in the near term. After 2016, production gradually increases due to export and electric power demand.

Risks: Electricity generation accounted for 91 percent of total U.S. coal consumption on a Btu basis. If the U.S. economy doesn’t recover as projected in the AEO2013, coal prices and production will face further downward pressure from less than expected domestic demand. Similarly, exports may face downward pressure if the global economy does not recover as projected. In addition to economic concerns, there are also environmental and regulatory headwinds to consider in the long term. 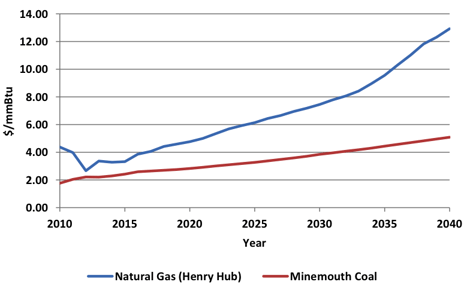 Production: In the AEO2013, renewable energy production growth is primarily driven by the implementation of state renewable portfolio standard (RPS) mandates. Excluding hydroelectric power, biomass (24 percent) and wind (44 percent) make up two-thirds of the growth from 2011 to 2040. Solar photovoltaic has the fastest growth, albeit starting from a smaller base.

Prices: Capital cost updates for renewable technologies resulted in a reduction to initial cost for both wind (13 percent) and solar PV (22 percent). Federal subsidies for renewable generation were assumed to expire as enacted. 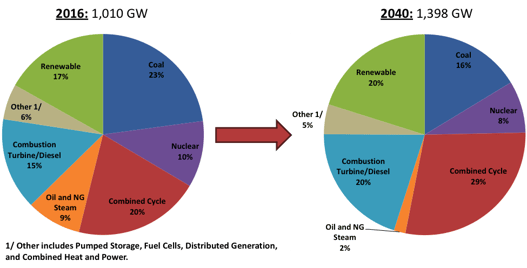 Natural gas continues to dominate the discussion around trends in the U.S. energy industry. Price and availability will be important risk factors to monitor. Another emerging trend is the economic recovery and the related energy demand recovery. The AEO2013 and other projections contemplate reduced energy use per capita compared to pre-recession levels. This will be an important factor in the recovery of energy sales in the electric utility industry.

If you have any interest in learning more about Burns & McDonnell’s experience in long-range planning please visit our website. And if you’d like to discuss any of these long-term projections and how they might affect your capital projects and planning, contact Matt Lind.

Matt Lind is a Senior Project Manager with Burns & McDonnell and facilitates marketing and project management activities for studies related to resource and transmission planning. He’s worked in the utility and energy sector since 2004, during which he’s specialized in the development of economic models and analyses associated with resource planning.

by Matthew Lind
Matthew Lind, PE, MBA, is the director of the resource planning and market assessments business line for 1898 & Co., part of Burns & McDonnell. He has worked as a professional consultant in the utility and energy sector since 2004. Matt is focused on advising utilities, markets and developers in investment decisions related to generation and transmission facilities. He specializes in system planning and market congestion studies, driven by strategic, economic and regulatory considerations in markets across North America.