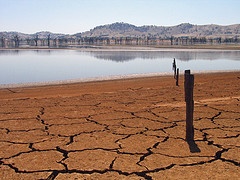 The recent drought in Kansas has called much-needed attention to the critical necessity of developing a long-term, statewide water plan.

As part of the recent Governor’s Conference on the Future of Water in Kansas, Gov. Sam Brownback called for cross-platform assistance in the creation of this water vision. His call to action charges his administration with creating a collaborative effort for the entire state — a plan that will cover at least 12 water use categories.

Because water needs vary greatly by region, the administration will use its resources to develop priorities by location and will rely on businesses and water resource professionals to help facilitate public involvement. Development of the 50-year Vision for the Future of Water in Kansas will include input from the Kansas Water Office, the Kansas Department of Health and Environment, as well as the Kansas Department of Wildlife, Parks and Tourism.

“We have been reminded of the importance of water with another year of extreme drought …, which is now beginning to ease in eastern Kansas, but continues to persist in the west. Water and the Kansas economy are directly linked. We have benefited from the decisions and visions of our previous leaders, but without further planning and action, we will no longer be able to meet our state’s current needs, let alone growth,” Brownback said.

The need for a stable water supply is increasingly evident in western Kansas, where as a result of long-term drought conditions, the Ogallala aquifer is being drained at an unsustainable rate by municipal, agricultural, and industrial users.

The 50-year Vision report will be delivered to the governor’s office no later than November 1, 2014.

Brian Meier, a project manager for Burns & McDonnell, has been serving municipal and industrial clients for more than 27 years. He has extensive experience in regulatory compliance, primarily related to public water supply, and including KDHE requirements and Division of Water Resources rules and regulations.