Building a strong, diverse supplier network requires a corporate commitment to diversity, an appreciation for the value that small businesses can contribute to projects of any size, and a willingness to collaborate with others in a spirit of true partnership. Here are prime examples of mutually beneficial partnerships that, for all involved, increased profitability and enhanced business productivity. 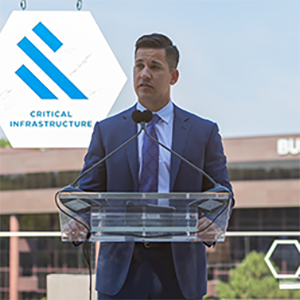 Infinite Energy Construction (IEC) celebrated its 25th anniversary in June 2021 and Nilson Goes, president of the company, has a lot to be proud of. The Brazilian-born immigrant took over the company, which specializes in electrical contracting and general contracting for commercial companies and government entities, from his father eight years ago. Since then, he has been working to expand his Kansas City-based company’s reach to include additional offices across the United States.

“Our family came here (the United States) as immigrants, and the fact that we now employ 120 people is a source of pride,” Goes says.

Establishing IEC as a trusted supplier for companies nationwide has helped Goes expand his business while maintaining his father’s legacy.

“A really key thing that Burns & McDonnell does is set up a partnership-type environment,” Goes says. “As they go after work, they reach out to us and we assist in the design. They ask if what they are designing is most cost-effective and if there is a better way to do it. We help get the price down to where it’s competitive, and if they get the job, then we generally have a really good shot of working that job with them as an electrical contractor.”

IEC was awarded its first contract with Burns & McDonnell about five years ago and has worked closely with Ken Schaefer, a section manager in the Construction Group.

“IEC has successfully executed several key projects for Burns & McDonnell over the past few years, including our World Headquarters Expansion,” Schaefer says. “Nilson and his team have built an amazing electrical subcontracting business and they are a key partner for some of our more challenging projects across the country.”

Today, IEC is working on four projects with Burns & McDonnell in three time zones. In addition to assisting on the construction of its headquarters building in Kansas City, Missouri, Burns & McDonnell partnered with IEC to complete electrical work on an airport hangar in Texas, a food plant in Pennsylvania and a call center in Florida. Goes says his company actively manages its projects with Burns & McDonnell and constantly asks project managers what could be done better. Over the years, the companies have established a constructive feedback loop and open dialogue, which allows the team to get in front of any challenges that might occur.

“Being able to earn, defend and grow our reputation of quality customer service and doing what we say we are going to do is very rewarding,” he says. 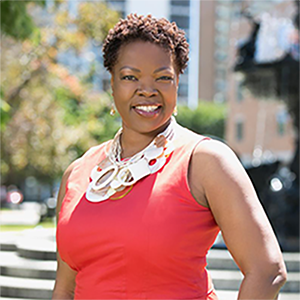 Lynn Sutton, managing principal of Kairos Worldwide, established the boutique firm that specializes in business transformation after a successful 14-year career at Andersen Consulting and Kraft Foods. The Chicago native had become a leader in helping clients discover which parts of their business processes might stifle innovation and prevent clear communication between groups or waste resources.

In 2004, she decided to make it her mission to bring process reengineering and change management to as many organizations as possible. Kairos Worldwide empowers organizational change by using focused, structured and deliberate processes to empower a client’s team and the individual team members to achieve the changes they desire.

Sutton soon found many of her construction industry clients sought help improving in the areas of project controls, effective project management and project quality. Through the American Association of Blacks in Energy (AABE) network, Sutton connected with Ivan Williamson of Burns & McDonnell, who expressed interest in the work Kairos Worldwide was doing with utilities. At the time, Kairos Worldwide had consistently worked with construction firms that had energy sector contracts, and Sutton also had experience working on U.S. Department of Energy projects.

“Burns & McDonnell was very intentional about diversifying their suppliers,” Sutton says. “They came looking for us and asked to set up meetings and they stayed on it. They looked to get us in rather immediately. For a small business, that’s the ultimate measure of how serious you are.”

Four months after her first meeting with Williamson, Sutton was negotiating a contract to collaborate with Burns & McDonnell on aspects of its project management. Kairos Worldwide would help identify the type of project controls that would be ideal for specific projects, and provide insight into where financial resources earmarked for projects might be spent, when those resources should be spent and whether any structural changes to the plan might be needed to minimize additional financial impact. Setting these proper project controls allows clients to monitor usage of finances and resources in real time, so that they can adapt seamlessly.

"When evaluating potential suppliers, I focus on their leadership, culture and execution. When I met Lynn Sutton and the Kairos Worldwide team, they felt like the right strategic partner to support us through our growing remediation work,” says Williamson, a senior environmental scientist. “They worked closely with us on scope and project needs so we had a win-win opportunity that fit and provided the resources to make everyone successful. I’m always excited to find more opportunities for Burns & McDonnell and Kairos to work together.”

With her eyes on expanding services outside of Illinois, Sutton is pursuing work with utilities in the Midwest and eastern regions.