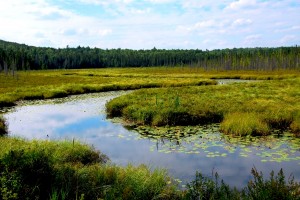 At the end of last year, I wrote about a proposed U.S. Environmental Protection Agency (EPA) rule that could potentially have a huge impact on wetlands permitting. The final version of that rule, which attempts to clarify protection of streams and wetlands under the Clean Water Act, was released on April 21.

The new rule clarifies what is considered “waters of the U.S.” and will apply to all programs under the Clean Water Act. The need for clarification has existed for a number of years, after past Supreme Court decisions (SWANCC and Rapanos/Carabell) created considerable debate and uncertainty over what is protected under the Clean Water Act. When the Supreme Court decisions were handed down in 2001 and 2006, it threw everything for a loop. A number of practical guidance documents were informally adopted in an attempt to obtain necessary permits — but there was never an official ruling, which meant there was no regulatory consistency across the various U.S. Army Corps of Engineers districts that issue wetland permits. The court decisions established important considerations for how those regulations should be interpreted, but experience implementing the regulations identified several areas in need of further clarification.

The new definition has the potential to extend protection to most seasonal and rain-dependent streams, as well as wetlands near rivers and streams. Additionally, according to EPA’s website, “other types of waters may have more uncertain connections with downstream water and protection will be evaluated through a case specific analysis of whether the connection is or is not protecting similarly situated waters in certain geographic areas or adding to the categories of waters protected without case specific analysis.”

According a joint press release by the EPA and Corps, who have joint jurisdiction over navigable waters, the long-awaited ruling does not intend to protect any new types of water that have not been historically covered under the law. It does, however, formalize the process that’s been used informally for years, making it a relevant document the Supreme Court can use for future cases. It also formalizes the use of “significant nexus,” introduced in the plurality opinion issued by Justice Kennedy, as a means for establishing a connection to a traditionally navigable water (TNW).

So what does all this mean? The good news is that, as far as I can see, it’s not going to change the way we do business. The primary function of this rule seems to be the formalization of the process that the Corps has already been implementing.

You can find a link to the full rule here, and if you’d like to talk more about it, feel free to shoot me an email or connect with me on LinkedIn.

Sarah Soard heads up the Environmental Studies & Permitting Group in Burns & McDonnell’s Chicago office. She is a certified Professional Wetland Scientist and is specialized in wetland monitoring, and the design and creation of wetlands as mitigation sites. If you would like more information, connect with Sarah on LinkedIn.

by Sarah Soard
Sarah Soard is a project manager and the technical services manager for natural and cultural resources at Burns & McDonnell. She is certified as a Professional Wetland Scientist by the Society of Wetland Scientists and has nearly 20 years of experience in environmental permitting.