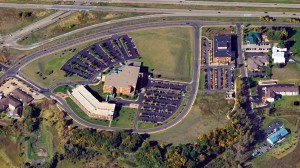 Although energy collection is possible from sources like sun and wind, these natural options don’t generate renewable energy as consistently as another abundant component of our everyday life.

Our garbage is the perfect source of renewable energy because the gas flow in landfills is consistent: it’s generated morning, afternoon and night. Unlike solar and wind power, which are burdened with climate and weather restrictions, landfills generate fuel all day, every day without dependence on sunshine or breezy conditions.

With more than 2,000 landfills handing municipal waste across the country, most sites allow the gas to escape naturally, while others collect the gas through piping and transport it to flare stations to be burned off.

Similar to carbon dioxide, methane is a significant landfill byproduct, one that traps heat at a rate 25 times higher than its fellow greenhouse gas.

This dual benefit of emissions reductions and renewable energy generation is causing a growing number of landfills to serve as opportunistic power plants and fuel-producing fields. Municipalities, utilities and manufacturers increasingly recognize the pervasive gas as a valuable raw material, capable of fulfilling various energy needs.

According to the Environmental Protection Agency (EPA,) nearly 600 landfills across the nation have launched gas-to-energy projects, and another 550 sites are candidates to have methane recovered and harvested. These projects alone are capable of providing enough energy to power more than 716,000 homes.

One example is the Gundersen Health System (pictured above) in La Crosse, Wis., where a landfill gas system generates clean, renewable energy that creates revenue to support a sustainability-focused health system. This partnership provides substantial savings and increases environmental awareness for everyone involved.

When completed in 2012, the system began converting the landfill's source stream — about 300 cubic feet of methane per minute — into enough electricity and thermal heat to answer all energy needs of Gundersen's Onalaska Campus, including:

The buildings cover 350,000 square feet, and every inch is heated, lighted and energized by the electricity and heat from a Jenbacher JMC 416 reciprocating engine running on landfill gas.

Rather than burning its unwanted methane, the La Crosse County Landfill collects and pipes the gas under Interstate 90 to the heavy-duty power generator. Heat produced by the engine is also used to warm water, which circulates throughout the health campus.

Thanks to the project, Gundersen’s Onalaska Campus is energy independent and accounts for 11 percent of the health care system’s utility load, which includes more than 50 clinics, three hospitals and four nursing homes in Iowa, Minnesota and Wisconsin.

Not a One-Size-Fits-All Solution

Projects like this improve the environment in our communities and help lower the cost of health care by reducing energy costs. But as successful as they are, converting landfill gas to energy isn't for everyone. Some landfills are too small to yield cost-efficient projects; others can't cut costs enough to compete with other renewables. In some instances, government and utility incentives for alternative energy aren't sufficient for landfill owners to consider landfill gas a viable option.

But conditions change, and technologies evolve. And some of the most market-sensitive businesses already use landfill gas to fuel manufacturing operations, including BMW, Ford Motor Co. and General Motors. And interest is accelerating.

What do you think about the use of landfill gases? Do you see a successful future for gas-to-energy systems? We’d love to know what you think!

Scott Martin is a senior mechanical engineer in Burns & McDonnell’s Environmental Division. He specializes in landfill gas-to-energy and other landfill projects.

Other Resources on This Topic: