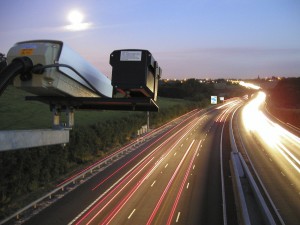 The civil engineering industry has long maintained a rule of thumb that 1 lane-mile of highway construction costs approximately $1 million to build. However, with rising oil prices and construction costs, this estimate no longer holds true.

As state budgets are being stretched across the country, state departments of transportation (DOTs) are turning to innovative solutions to improve safety and mobility on our nation’s roads — without making costly investments in new infrastructure.

One such solution that’s proven to be a key component to success: intelligent transportation systems (ITS). By using ITS technologies, we are able to increase capacity and improve safety while providing significant cost savings over traditional methods.

Freeway mobility is critical to any community’s economic health. When congestion increases on the roadway, ITS strategies help improve the traffic flow by tackling the two main types of congestion: reoccurring and non-reoccurring.

With reoccurring congestion — typical daily traffic — ITS strategies like ramp metering create gaps in the ramp traffic flow, allowing for a smoother merge with the freeway traffic. For non-reoccurring congestion — traffic created by an accident, for example — radar sensors and closed circuit television (CCTV) cameras installed along roadways can detect incidents when vehicle speeds drop below the established minimum threshold.

Throughout Kansas, the crash rate on rural roadways is nearly double that in urban areas. While there are many contributing factors to this difference, ITS strategies can help mitigate the risks that drivers face on rural roads. For example, at intersections where vehicles frequently make left turns onto rural highways, advanced radar and in-pavement warning systems trigger flashing lights that alert highway traffic to the turning motorists ahead.

ITS deployments can also detect pavement temperatures, precipitation rates and snow accumulation on roads. Armed with this wealth of information, agencies are able to use electronic signage to alert motorists to dangerous conditions, quickly deploy snow and ice removal equipment, and even remotely close snow gates to shut down highways.

The Future: Connected and Autonomous Vehicles

We’ve been dreaming about autonomous vehicles since autopilot-mode was widely adopted for airplanes in the early 1930s. Today, the dream has transformed from science fiction to reality with Google’s achievement of over 1.1 million autonomous miles driven.

Silicon Valley’s high-tech leaders, like Google and Tesla, are investing millions of dollars into researching and developing these technologies, but what exactly does this mean for the transportation industry?

Will cars be able to travel closer together and reduce congestion? Will freight shipments move more quickly through urban areas? And will removing the human variable from driving improve transportation safety?

According to the 2013 Report Card for America’s Infrastructure, 32 percent of our nation’s major roadways are in poor or mediocre condition, and we lack the funding to make the necessary improvements. The federal gas tax, which funds transportation infrastructure projects, hasn’t increased since 1993. This tax, which is levied at 18.4 cents per gallon, wasn’t indexed to inflation or adjusted with improving vehicle gas mileage. According to the U.S. Bureau of Labor Statistics, one dollar in 1993 had the same purchasing power as $1.65 in 2015.

By using ITS, we’re no longer always forced to spend millions of dollars on infrastructure upgrades to increase safety. We’re able to design innovative solutions that don’t require us to build our way out of congested roadways. ITS is quickly becoming commonplace, and Burns & McDonnell is helping DOTs make wise investments in new technologies that will result in safer and more efficient roadways.

Want to learn more? Connect with me on LinkedIn or comment here and let’s chat about ITS.

by Andrew Reid
Andrew Reid, PE, PTOE, is a department manager for EPC and design-build at Burns & McDonnell, specializing in the transportation sector. He has served as project lead or project manager on a variety of bridge, roadway and traffic EPC projects.