It Doesn’t Matter Who Is President; Shutdowns Are Inevitable


What is the future of the Clean Power Plan? This is one of the industry’s biggest concerns as Donald Trump settles in as the 45th president of the United States. Many are speculating whether Trump will uphold the plan, actively work to undo it, not fight to uphold it in court or simply not enforce it. The stark truth of the matter, however, is that it doesn’t make a big difference either way.

The Clean Power Plan was enacted to put limits on carbon dioxide (CO2) emissions from coal-fired power generating facilities and would potentially require operators to switch to lower CO2-generating sources, purchase offsets or install carbon capture technology. Many coal plant operators would not be able to bear additional carbon costs; truth be told, many of these plants were already going to be shut down due to the economics of the power industry.

The capacity factor of coal plants has been steadily declining in recent years due to the combination of low natural gas prices and newer, more efficient combined-cycle technology. Figure 1 below shows this trend in the PJM region.

Moreover, many utilities have reported that their coal plants have been cycled much more than in the past or have 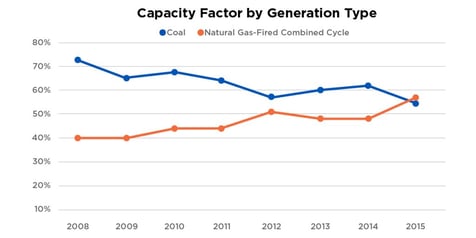 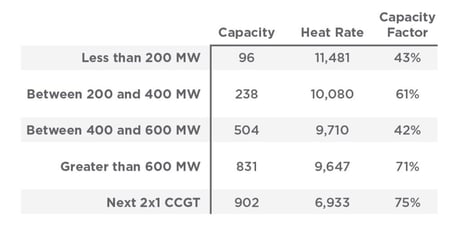 Additionally, Figure 2 shows the results of the levelized cost of electricity analysis.

It should be noted that the costs shown in Figure 2 are based on aggregated data for all the units in the PJM region; individual coal plants could have more or less favorable economics.

The levelized costs of electricity shown in Figure 2 do not include any additional costs associated with Clean Power Plan compliance, or any additional capital costs necessary to comply with other recent environmental regulations. The New 2x1 CCGT (combined-cycle gas turbine) cost presented in Figure 2 is based on the Energy Information Administration (EIA) natural gas forecast. Other projections show lower natural gas prices, and a Trump administration will likely favor policies that keep natural gas prices low. 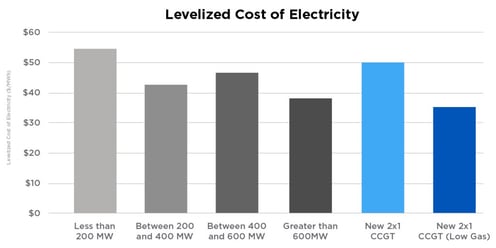 Certainly, the vast majority of the smaller coal plants will be retired regardless of the status of the Clean Power Plan. In all likelihood, many of the plants in the 200 to 600 MW range that require significant capital upgrades to comply with already enacted regulations will be retired, especially when considering a low natural gas-price future and their lack of flexible dispatch.

Plants greater than 600 MW will require more specific analysis, with the levelized cost of electricity coming closer to the cost of a new CCGT, even in a low natural gas price scenario. Individual plants in this range may have more favorable economics and other strategic reasons to remain in service, but they will still need to critically evaluate capital costs associated with conforming to new environmental regulations.

The future doesn’t look too bright for coal plant economics, either. Natural gas prices are projected to remain low into the foreseeable future. Increased renewables penetration will cause additional cycling of dispatchable resources, continuing the upward pressure on coal plant-produced energy prices. Finally, any other regulations, such as the Effluent Limitation Guidelines, are further burdening coal plants with increased fixed costs.

If the Clean Power Plan were to go into effect, it would have a negative impact on the economics of many existing coal plants and certainly accelerate coal plant retirements. Many people in the industry have predicted that an abundance of coal plants would be shut down based on these economic impacts; however, even without the Clean Power Plan, many of these plants will be shut in the face of declining economic conditions for coal plants across the country. It is just a matter of time.

by Jeff Kopp
Jeff Kopp is managing director of utility consulting at 1898 & Co., part of Burns & McDonnell. He has more than 20 years of experience in consulting services for power generation, transmission and distribution projects. Jeff specializes in new power generation development, plant decommissioning, project acquisitions, due diligence evaluations, site evaluations and engineering reviews. He has a Bachelor of Science in civil engineering from Missouri University of Science & Technology and a Master of Business Administration in finance from the University of Kansas.