Hydrogen is a ubiquitous component in decarbonization strategies worldwide. The light gas is a convenient energy carrier in a carbon-constrained economy. Hydrogen can be made efficiently from a variety of primary energy sources like renewable power or natural gas. It is stable, nontoxic and generally noncorrosive and is being proposed as a key component in the decarbonization of industrial products such as plastics, fertilizers and steel.

Perhaps the greatest advantage of hydrogen is that it can be made from a simple combination of energy and water. However, water is not always readily abundant, and water supplies, or lack thereof, can become a critical impediment for hydrogen production. That is why large hydrogen production plants — whether powered with renewable energy, fueled by natural gas, or using nearly any other energy source — must account for water early in the planning stages.

Clean water is in high demand with agriculture, industry and growing urban areas drawing on often-limited resources. To understand the importance of water in a future hydrogen economy, let’s look at how hydrogen is produced; how much water each of the main production pathways consumes; and potential water resources for new hydrogen projects.

Significant quantities of pure hydrogen are not naturally occurring on Earth. The gas must be produced from a hydrogen-rich material like water or fossil fuels. Currently, natural gas is the most common source of hydrogen in gas-rich parts of the world, including the U.S. Hydrogen is usually recovered from natural gas using water in the steam-methane reforming (SMR) process. SMR units combine natural gas and steam at high temperature and pressure in the presence of a catalyst. The reforming reactions produce hydrogen, with carbon dioxide (CO2) as a byproduct. Most existing SMRs emit CO2 to the atmosphere, producing what is increasingly categorized as a gray product. If the CO2 stream is captured for sequestration or use, the resulting blue hydrogen is considered a low-carbon hydrogen solution. 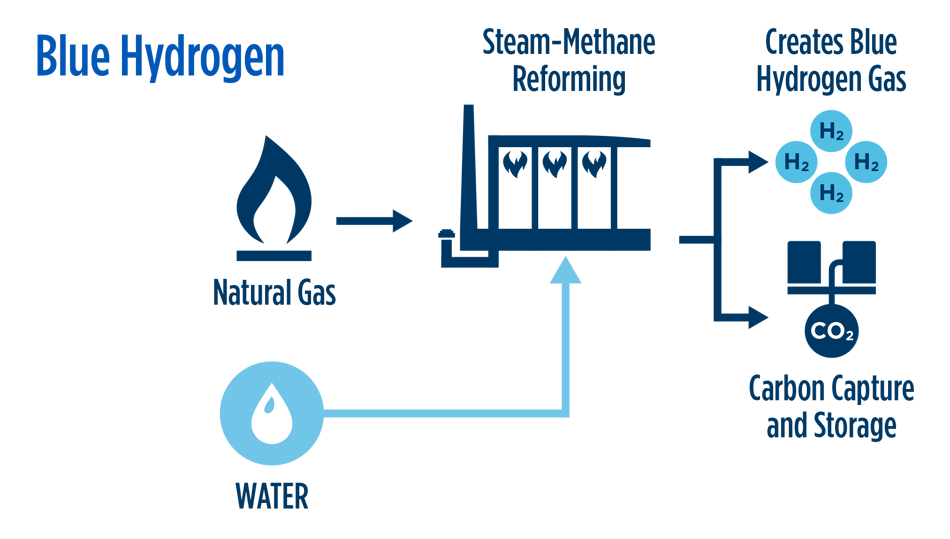 While most global hydrogen is currently produced from fossil fuels, water electrolysis is a growing trend where decarbonization pressures are a market influence. Electrolysis is an electrochemical reaction in which electric current splits water into hydrogen and oxygen, with no carbon emitted. The electrolysis reaction is carried out at moderate temperature and pressure and produces a very pure hydrogen product. Oxygen is usually vented in smaller units but may become economically recoverable for larger installations. Green hydrogen is produced from electrolysis powered by renewable energy. 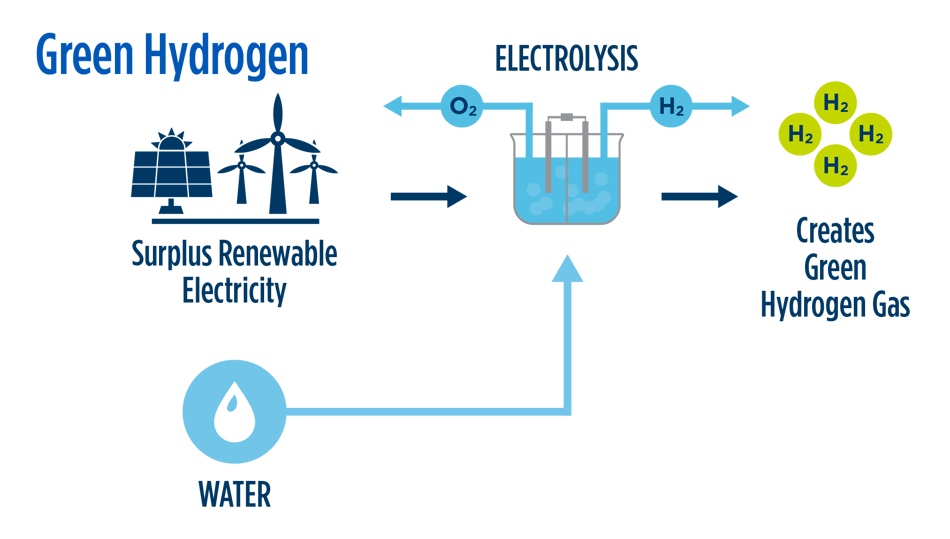 Note that gray, blue, green and other members of the hydrogen color chart are a simple means to categorize hydrogen production methods and CO2 intensity. The hydrogen end products from these processes are chemically identical but might differ in its ability to claim regulatory credits or other incentives.

Water Consumption for SMRs and Electrolyzers

The water needs of a hydrogen plant can vary based on the plant’s size, design and raw water quality. However, some generalizations can be made. An SMR or alkaline electrolysis plant can draw 10-15 gallons of raw water per kilogram of hydrogen produced. More water-efficient polymer electrolyte membrane (PEM) electrolyzers use 4-5 gallons per kilogram of hydrogen. Putting those numbers in perspective, a typical refinery-size 20 MMSCFD SMR plant could need a continuous water supply of more than 500 gallons per minute (GPM), with 100 GPM being rejected as wastewater. A 100-MW utility-scale PEM electrolyzer might draw nearly 90 GPM with 20 GPM of waste. Conversely, a 1-MW PEM electrolyzer for small-scale energy storage could need an average of only 2-3 gpm if fed from a municipal water supply.

As hydrogen producers plan their capital deployments, they must keep water top of mind as a key input to the process. Preparing for water sourcing, treatment and disposal early in project development will result in a more successful and economically sound project.

Finding reliable and sustainable water sources is challenging in arid regions. Paradoxically, some of the most prime areas for producing renewable energy in the U.S. — the dry Midwest and desert Southwest — are not endowed with plentiful water. Western water supplies are famously constrained and tangled in often very old water rights. Even in wetter regions, securing water supplies can be a challenge.

Possible water sources to consider include:

Hydrogen is predicted to play a big role in global decarbonization. As a result, hydrogen project developers are encouraged to plan for water resources early in the project planning stages.

The hydrogen supply business is growing. See what the future holds.