Q&A: Advancing the Way We Empower Women in the Workplace


Industries are changing as more and more companies recognize the importance of diversity, equity and inclusion (DE&I) in the workplace. While strides have been made, there is still a lot of work that needs to be done, especially within top leadership positions where women are often still outnumbered by men.

So, what needs to be done to grow representation among top leaders? We recently sought answers from Kerrie Greenfelder and Karen Horting. Horting is the executive director and CEO of the Society of Women Engineers (SWE). Greenfelder serves on the board of SWE and is engineering director for the Water Group of Burns & McDonnell, an employer-partner of SWE.

SWE and its partners recently conducted a study to understand engineers’ experiences with implicit bias in the workplace. What did it show? 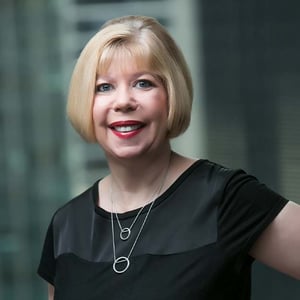 Karen: Over 3,000 male and female engineering professionals participated in the study. The results suggest the workplace climate is still tougher for women and people of color compared to white men.

Four main patterns of bias stood out that unfortunately we see over and over again:

How can companies change their processes and procedures to become more efficient and inclusive? 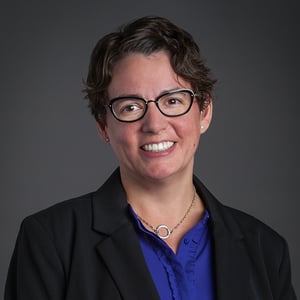 Kerrie: We need to make it part of the conversation. Always. I joke with my boss that many years ago when I interviewed with Burns & McDonnell, the team I met with was made up of all white men — not uncommon in my industry. At the end of the meeting, I asked why I should come work here and someone responded with, “Why wouldn’t you?” I responded by pointing out that no one in the room looked like me. Fortunately, I took the job and since then I’ve become a hiring manager and I make sure that situation is not repeated with any other candidate. I’ve been intentional about our interview teams being represented by multiple perspectives and have even partnered with our human resources department on ensuring the job descriptions for our open positions are inclusive and attract all types of candidates.

Karen: Kerrie has done an excellent job of describing bias interrupters, or those who disrupt existing biases, which leads to more diverse and better performing workplaces. There are so many things an organization can look at, including: What kind of language is being used in women’s appraisals versus men? Who is part of the hiring panel? Who is identifying the high performers for the next round of promotions? Are women being paid equally for the same jobs? And finally: Who is being sent to meet with potential clients? Those employees need to accurately reflect the world in which we live and do work.

Kerrie: We need to feel comfortable saying, “We’re not going to do what’s easy; we’re going to do what’s right” — one of my favorite Karen Horting mottos! Yes, the women in a workplace may one day decide to become mothers, but the men will become fathers, too. I realize the laws are different, but we need to look at them equally as parents. We need to get out of that mindset.

Karen: It also takes leaders willing to lead by example.

What progress have you seen over the years and what inspires you?

Kerrie: Seeing hard data and the statistics moving in the right direction inspires me. I’m confident we’ll reach equilibrium in the future. Recently, we were talking about SWE’s mission statement and I asked, “Do we even need SWE?” Right now the answer is yes, but I truly hope there’s a day that maybe we don’t, at least in its current form. We’ve fought hard for equality and it’s been achieved. Workplaces look like the general population. Those thoughts are exciting to me.

A testament to us moving the needle was recently a fellow employee-owner said to me that as she was walking through our Water Group, she was surprised to see that nearly half the people working on our floor were women. That just warmed my heart.

Karen: SWE works with so many employer-partners and now I rarely have to have a conversation about why this topic is important. Instead, it’s more of, “How can we do better? How do we make sure we’re getting diverse people into the various roles? How do we develop our talent?”

Companies are realizing that making this a priority is critical, regardless of the industry. In the 21st century, in my opinion, it’s the number one competitive advantage. If employers don’t get this right, they will not be around.

The world is changing. Demographics are changing. Doing something the same way it’s always been done just isn’t going to cut it anymore. It’s very important for companies to figure it out now.

Kerrie: Try something different. Shuffle the deck chairs. Every time we change, it’s for the better.